“Could drinking tea really be linked to a lower risk of glaucoma?,” asks The Guardian. 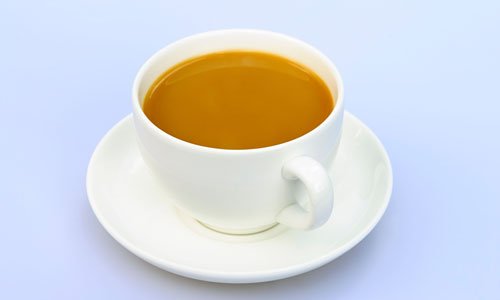 The question is prompted by a US survey, carried out in 2005-06, that asked what people drank over the past 12 months and looked for any links with current diagnoses of glaucoma.

Glaucoma is a condition where pressure builds up in the eyeball causing damage to the optic nerve. If it’s not diagnosed and treated, glaucoma can lead to loss of vision.There has been speculation about whether caffeine could play a role (either positive or negative) in the build-up of pressure in the eye.

The researchers found no links with any caffeinated and decaffeinated drinks – except for one. They found a link with the most rarely consumed drink in this US sample, caffeinated hot tea (as opposed to iced tea). Individuals who drank hot tea were less likely to have a diagnosis of glaucoma compared with those who did not consume hot tea. They couldn’t look at the impact of drinking more than this, because tea drinking was so rare.

These types of studies, where researchers look at behaviours and health outcomes at a single point in time, can’t prove cause and effect.

And, as mentioned, the number of hot tea drinkers included in the final analysis was small. With this small population, there’s a greater probability of the results being skewed by chance.

The study was conducted by researchers from Brown University, Rhode Island, and University of California. No sources of funding were reported and the authors declared no conflict of interest. The study was published in the peer-reviewed British Journal of Ophthalmology.

Some media headlines, such as the Mail Online’s, took this study at face value, as if tea drinking has been proven to directly prevent glaucoma. However, some were more balanced.

The Guardian included an appropriately cautious headline and quote from one of the study authors stating: “Tea drinkers should feel comfortable about drinking tea but should realise that the results are preliminary and drinking tea may not prevent glaucoma”.

This was a cross sectional study that aimed to look at the link between drinking tea, coffee or soft drinks and development of glaucoma.

The main established risk factors for glaucoma are increasing age, having a family history of glaucoma, and being of African, Caribbean or Asian origin. However, some schools of thought suggest increased exposure to caffeine could contribute to the increased pressure in the eyeball that causes the condition. Most studies looking into this are said to have been small and with methodological problems, so the researchers aimed to look at this using a larger sample and comparing the effects of different drinks.

The problem is that a cross-sectional study, using one-off survey data, can’t tell us anything about the temporal relationships between drinking these different beverages and developing glaucoma. For example, we have no idea whether people’s tea-drinking habits started before their glaucoma or not. This means the study cannot prove cause and effect.

What did the researchers do?

The study used data from the 2005–06 US National Health and Nutrition Examination Survey (NHANES) to look at the association between reported consumption of various caffeinated and decaffeinated drinks and glaucoma.

NHANES includes a nationally-representative sample of about 10,000 people at each round of the survey, which is carried out on an annual basis. Participants from the 2005-06 survey were included in the current study if they were aged over 40 years and had information available on certain eye tests: visual field testing, and photographs of the retina (back of the eye) showing the optic nerve (which becomes damaged in glaucoma).

The researchers assessed drink consumption by a food frequency questionnaire. People were asked about drinks they consumed over the past 12 months. If they said they drank coffee, for example, they were asked “How many cups of coffee, caffeinated or decaffeinated, did you drink?” Response options ranged from none or less than 1 cup per month, to up to 6 or more cups per day. The same question was asked for other drinks.

The researchers also investigated the presence or absence of glaucoma. Glaucoma was defined according to standard criteria by the appearance of the optic nerve and any visual field defects (“gaps” in the normal field of vision). Analyses were adjusted for potential confounders of age, gender, ethnicity, body mass index, smoking history and diabetes.

This study included a final sample of 1,678 people, with an average age of 56, who had the required information available about their eyes. The make up of the sample was 53% white, 23% black and 18% Mexican. Of the sample, 5% (84 people) had glaucoma.

Coffee was the most common drink, drunk daily by 45% of the sample, while daily hot tea was reported by only 8.4% (141 people).

But they did find a link with caffeinated hot tea consumption. Drinking more than 6 cups a week was linked with a 74% decreased risk of glaucoma (odds ratio (OR) 0.26, 95% confidence interval (CI) 0.09 to 0.72). There was a general trend for reducing risk with increasing consumption, but links for less frequent tea consumption fell short of statistical significance.

The researchers conclude that “participants who consumed hot tea daily were less likely to have glaucoma than those who did not consume hot tea.”

They do however rightly acknowledge that their study “is limited by its cross-sectional design and use of multiple statistical testing.”

Despite the headlines, this study does not provide conclusive evidence that drinking tea protects you from glaucoma.

The study benefits from using the large quantity of survey data available, adjusting for known confounders, and using valid medical diagnoses of glaucoma rather than self-reports. However, there are still notable limitations:

Overall, the study is of interest but won’t change the care of glaucoma. It does little to further our understanding of why the condition develops in some people and whether caffeine could have any role in pressure build-up.

The researchers offer a number of suggestions about why hot tea could have a protective effect, such as the flavonoids (plant-based chemicals) found in tea having a potential protective effect on the optic nerve. These speculations may, or may not, prove to be a useful starting point for further research.