Rough Up Your Diet: Fit More Fibre Into Your Day

Dietary fiber is found in the plants you eat, including fruits, vegetables and whole grains. 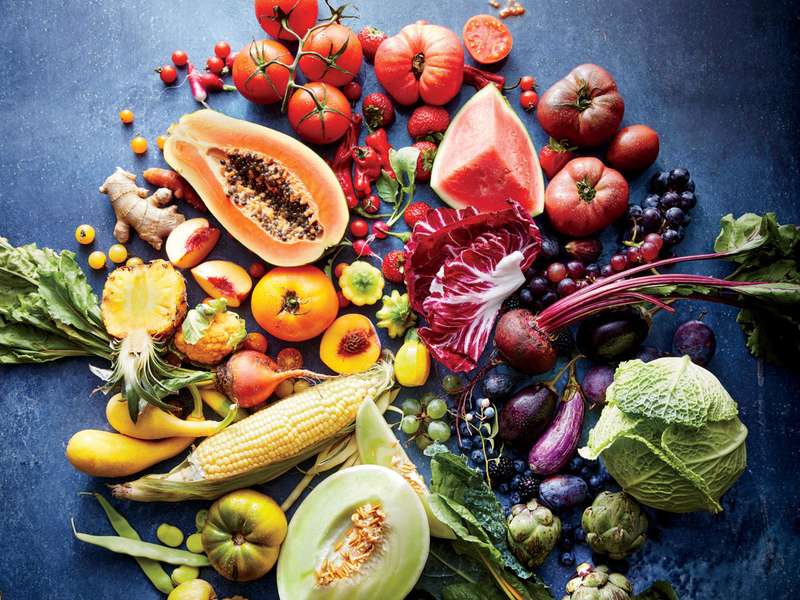 It’s sometimes called bulk or roughage. You’ve probably heard that it can help with digestion. So it may seem odd that fiber is a substance that your body can’t digest. It passes through your digestive system practically unchanged.

What if instead of spending an hour in the gym every other day, you could get better results from two bursts of 20 seconds at maximum effort, three times a week?

It seems an outlandish claim but that’s the idea behind the new book Fast Exercise by Dr Michael Mosley and the health writer Peta Bee. And given that Mosley is the man behind the Fast Diet, better known as the 5:2, his latest pronouncement on exercise has been commanding attention.

“This is really nothing new at all,” says Mosley, who trained as a doctor before moving into journalism and now regularly fronts science and health programs for the BBC. “Fast exercise is just what we used to do as hunter-gatherers – doing short bursts of intense exercise, having a rest, but also incorporating it into your general life.”

He adds that High Intensity Training (HIT), which he champions in the book, has been used in its modern form for decades by athletes and fitness fanatics, but has yet to be fully assimilated into ordinary people’s exercise routines.

“You might think that if it’s not digestible then it’s of no value. But there’s no question that higher intake of fiber from all food sources is beneficial,” says Dr. Joanne Slavin, a nutrition scientist at the University of Minnesota.

Fiber can relieve constipation and normalize your bowel movements. Some studies suggest that high-fiber diets might also help with weight loss and reduce the risk for cardiovascular disease, diabetes and cancer.

The strongest evidence of fiber’s benefits is related to cardiovascular health. Several large studies that followed people for many years found that those who ate the most fiber had a lower risk for heart disease. The links between fiber and cardiovascular health were so consistent that these studies were used by the Institute of Medicine to develop the Dietary Reference Intakes for fiber.

Experts suggest that men get about 38 grams of fiber a day, and women about 25 grams. Unfortunately, in the United States we take in an average of only 14 grams of fiber each day.

Fiber may also lessen the risk for type 2 diabetes, the most common form of diabetes. Fiber in the intestines can slow the absorption of sugar, which helps prevent blood sugar from spiking. “With diabetes, it’s good to keep glucose levels from peaking too much,” explains Dr. Gertraud Maskarinec of the University of Hawaii.

In a recent NIH-funded study, Maskarinec and her colleagues followed more than 75,000 adults for 14 years. Consistent with other large studies, their research found that diabetes risk was significantly reduced in people who had the highest fiber intake.

“We found that it’s mostly the fiber from grains that protects against diabetes,” Maskarinec says. However, she notes that while high fiber intake may offer some protection, the best way to reduce your risk of diabetes is to exercise and keep your weight in check.

Weight loss is another area where fiber might help. High-fiber foods generally make you feel fuller for longer. Fiber adds bulk but few calories. “In studies where people are put on different types of diets, those on the high-fiber diets typically eat about 10% fewer calories,” says Slavin. Other large studies have found that people with high fiber intake tend to weigh less.

Different types of fiber might affect your health in different ways. That’s why the Nutrition Facts Panels on some foods list 2 categories of fiber: soluble and insoluble. Soluble fiber may help to lower blood sugar and cholesterol. It’s found in oat bran, beans, peas and most fruits. Insoluble fiber is often used to treat or prevent constipation and diverticular disease, which affects the large intestine, or colon. Insoluble fiber is found in wheat bran and some vegetables.

Still, experts say the type of fiber you eat is less important than making sure you get enough overall. “In general, people should not be too concerned by the specific type of fiber,” says Mahabir. “The focus should be more on eating diets that are rich in whole grains, vegetables and fruits to get the daily fiber requirement.”

Whole grains, fruits and vegetables are also packed with vitamins and other nutrients, so experts recommend that you get most of your fiber from these natural sources. “Unfortunately, a lot of people tend to pick low-fiber foods. They go for white bread or white rice. Most of the processed foods—foods that are really convenient—tend to be low in fiber,” says Slavin.

For people who have trouble getting in enough fiber from natural sources, store shelves are filled with packaged foods that tout added fiber. These fiber-fortified products include yogurts, ice cream, cereals, snack bars and juices. They generally contain isolated fibers, such as inulin, polydextrose or maltodextrin. These isolated fibers are included in the product label’s list of ingredients.

The health benefits of isolated fibers are still unclear. Research suggests they may not have the same effects as the intact fibers found in whole foods. For instance, there’s little evidence that isolated fibers help lower blood cholesterol, and they have differing effects on regularity. On the plus side, some studies suggest that inulin, an isolated fiber from chicory root, might boost the growth of good bacteria in the colon.

The bottom line is that most of us need to fit more fiber into our day, no matter what its source. “It would be great if people would choose more foods that are naturally high in fiber,” Slavin says.

Increase your fiber intake gradually, so your body can get used to it. Adding fiber slowly helps you avoid gas, bloating and cramps. Eat a variety of fruits, vegetables, whole grains and nuts to add a mix of different fibers and a wide range of nutrients to your diet. A fiber-rich diet can help your health in many ways.

Should you exercise when you are tired?