“Eating a small portion of cheese every day could reduce your chance of developing heart disease or stroke,” reports The Independent. 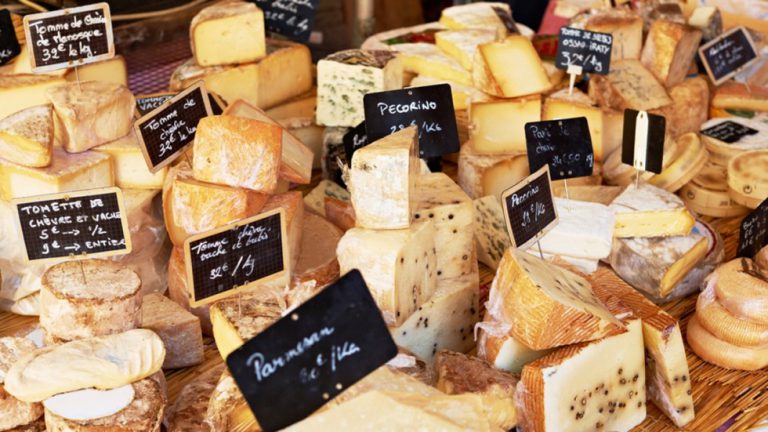 Chinese researchers reviewed previous studies and found a modest reduction in the risk of cardiovascular diseases, such as heart disease, heart attacks and stroke, of around 10% among people who ate cheese.They said the biggest reduction in risk came from a daily portion of around 40g (1.4 oz), and that risk started to rise again when people ate larger amounts.

The study was based on 15 previous observational studies, carried out mostly in Europe and the US, which looked at the diet and health of more than 34,000 people. Because of the type of study, it’s difficult to prove cheese directly caused the reduced risk of heart attack or stroke. The link may be influenced by other health and lifestyle factors, such as exercise.

People are sometimes advised to avoid cheese because some types are high in saturated fat and a high saturated fat intake is linked with cardiovascular disease. This study adds to previous research suggesting that a modest amount of cheese may actually have nutritional advantages that balance out the fat content.

It’s important to note that even this study found no benefit to eating more than about 40g of cheese a day – about a matchbox sized piece.

Low fat cheeses (that contain 17.5g of fat per 100g, or less) may be the healthiest option for a “daily portion”.

The study was carried out by researchers from Soochow University, The First Hospital of Hebei Medical University and Yili Industrial Group in China. Yili Group is a large producer of dairy goods in China, although it doesn’t seem to produce cheese.

The authors declare they have no conflicts of interest, although three of them work for Yili Industrial Group. The paper includes no information about funding for the research. It was published in the peer-reviewed European Journal of Nutrition.

The Independent and the Mail Online both greeted the study with enthusiasm, with the Independent suggesting it gives people permission to indulge in a “festive cheese board” at Christmas. However, “indulging” may be a step too far, as most people would be “cheesed off” to have a cheese board with only 40g of cheese.

The study is a meta-analysis of prospective observational studieslooking at how cheese consumption was linked with overall cardiovascular disease or specific events like stroke.

A meta-analysis pools the data from different studies to give an overall result. Observational studies can highlight patterns, but cannot show that one factor (such as cheese consumption) directly causes another (such as reduced chance of heart attack or stroke).

Dietary trials would be needed to show this, though they are notoriously difficult to organise in a real-world setting. It can be hard to recruit enough people and ensure they follow a set dietary intake for sufficient time to look at long term health outcomes.

Researchers looked for studies that measured people’s consumption of cheese through dietary questionnaires, then followed them up to see what happened to them. They focused on studies that collected data on coronary heart disease, cardiovascular disease and stroke.

For each of these outcomes, they compared reported “high” versus “low” daily cheese consumption, where “high” was around 40g a day. They then looked at the effects of cheese consumption by amount (gram per day). They pooled the results and presented them as relative risk figures, although the per gram figures were presented only by graph.

The studies were assessed for quality and the researchers checked for publication bias (where studies with positive findings are more likely to get published).

People regularly eating “high” compared with “low” amounts of cheese were less likely to have any type of cardiovascular disease, heart disease or stroke:

Results suggest eating less than 40g per day and eating more than 40g a day would hypothetically increase your risk of cardiovascular diseases, compared to eating 40g a day.

The analysis found some evidence of publication bias, suggesting that smaller trials that had a negative result (found an increased risk of cardiovascular disease with cheese consumption) might not have been published.

The researchers said: “we found that high compared with low cheese consumption was significantly associated with 10-14% lower risks of CVD [cardiovascular disease]”. They suggest this may be because cheese is a good source of dietary vitamins, minerals and protein, and that the risks of saturated fat may be more relevant to fat in meat than in dairy products.

Cheese is a common part of many people’s diets, with people in Europe eating an average 17.9kg a year, or 49g a day.

This study suggests eating modest amounts of cheese is unlikely to do harm, and may have a small protective effect on heart health.

However, cheese is high in fat and calories. Both being obese and having a diet high in saturated fat are known to be linked with cardiovascular disease. So for overall health people should limit how much saturated fat they eat. In this study, the maximum reduction in risk of cardiovascular disease was seen by people eating about 40g a day – less than the European average. Even then, these were still fairly small relative risk reductions.

The study has limitations, mainly that observational studies cannot prove that cheese directly affects heart and cardiovascular health. The researchers say the individual studies took account of a variety of potentially confounding factors, but there may still be factors that were not accounted for.

In particular we don’t know what the participants’ overall diets were like, for example whether people were eating other dairy products alongside cheese.

Also, when people are asked about their food consumption, they may not always estimate their intake accurately. As most of the studies took place in Europe or the US, we don’t know whether the results apply to populations in parts of the world where dairy foods are less common.

Overall the study adds to the body of existing research looking at whether dairy food and saturated fat are good or bad for us. Dairy products can be a healthy component of your diet, but the best take home message is everything in moderation.

Find out more about dairy products as part of a healthy