“Three cups of coffee a day ‘may have health benefits’,” reports BBC News.

The health impacts of coffee, have been investigated many times. This is because it is one of the most commonly consumed drinks around the world, so even modest benefits or harms could have a significant effect at population level.For example, we looked at a study this summer which suggested people who drank several cups of coffee a day tended to live longer.

In this latest study the researchers reviewed all previous recorded summaries of coffee and health research, to get an overall picture of the state of knowledge on the subject.

However, some studies – including those looking at lung cancer and women’s risk of fracture – found coffee was linked to a higher risk.

The research also found evidence that coffee drinking during pregnancy was linked to a higher risk of miscarriage, pre-term birth, low birth weight and leukaemia in children.

In an accompanying editorial, the BMJ provides a useful summary of the state of the evidence currently available: “Should doctors recommend drinking coffee to prevent disease? Should people start drinking coffee for health reasons? The answer to both questions is ‘no’.”

Three to four cups of coffee a day are unlikely to be harmful (if you are not pregnant or at high risk of fracture) but there is still no compelling evidence that coffee brings significant health benefits.

The study was carried out by researchers at the University of Southampton and the University of Edinburgh and published in the peer-reviewed British Medical Journal on an open access basis, meaning it is free to read online (PDF, 1.1MB). The study had no specific funding.

Some of the researchers had worked, or currently work, for pharmaceutical companies (but no coffee manufacturers).

Most of the UK media reported the review in a balanced manner, although they did not stress the low quality of most of the studies included. The Metro, Guardian and BBC all stated that people shouldn’t start drinking coffee just to reduce risks, as we don’t know whether it actually is coffee making the difference.

The Mail Online ignored these warnings, with a headline telling people: “Why you should drink four cups of coffee a day,” although lower down the story it did include a statement from an expert that people should not start drinking coffee for health benefits.

The researchers wanted to get a high-level overview of the state of research on the topic, because they want to carry out a randomised controlled trial into the effects of coffee as a treatment for liver disease.

They needed to see whether coffee was likely to be beneficial or harmful overall, before they started their liver disease research.

Systematic reviews are a good way to see the overall state of research into a topic, but they are only as reliable as the studies that go into them.

Researchers looked for systematic reviews which included a meta-analysis of observational and interventional studies looking at coffee consumption by adults and any health outcome. They pooled the results where possible, to carry out their own meta-analysis.

They summarised the results, and checked them against quality standards to see how reliable they were.

They excluded studies that looked at genetic variations in how people metabolise coffee.

The researchers presented their results for the different health outcomes by three different methods of recording coffee consumption – high versus low consumption, regular versus no consumption, and one extra cup a day.

The links between high coffee consumption and beneficial outcomes were strongest for liver disease, liver cancer, gout, death after heart attack and leukaemia.

Harmful outcomes were seen for leukaemia in childhood (where the mother had consumed more versus less coffee during pregnancy), lung cancer, pregnancy loss, rheumatoid arthritis, low birth weight and fracture (for women only, not men).

The researchers said the results for lung cancer only applied for smokers, and that this result was likely to be a result of people who drink more coffee being more likely to smoke. They say they found no evidence that non-smokers who drank coffee had an increased risk of lung cancer.

However, the researchers said their GRADE analysis showed that almost all the studies included in the review were of low or very low quality. They also said they found some evidence of publication bias – where only studies with positive results get published.

The researchers warned that “many of the associations between coffee consumption and health outcomes … could be affected by residual confounding,” meaning the results are affected by something else not accounted for in the study.

However, they conclude that coffee consumption seems “generally safe” and “more likely to benefit health than harm”. They say that future randomised control trials might exclude pregnant women, because of the risk of harm, and perhaps women at risk of fracture.

This big overview of research summarises the state of our knowledge about the effects of coffee on health. The results are mostly positive – people who drink more coffee tend to be less likely to have a range of diseases. But the type of studies done so far means we can’t be sure whether coffee is the cause of this good health. It could be that the people who have low or no coffee do so because they already have an illness.

The limitations of the summary are mainly the quality of the studies that went into it. The researchers themselves say that they found the quality to be low or very low for almost all studies.

That means we can’t say that coffee is good for you. We don’t know what, if any, effect starting to drink coffee would have on a person’s health. The research was carried out to see whether it was worth doing a better-quality study on the effects of coffee on people with liver disease. When that study has happened, we’ll have a better idea.

The study did raise some concerns, particularly about coffee in pregnancy. We’ve known for a while that coffee may increase the chances of pregnancy loss (miscarriage), pre-term birth or low birth weight. Women in the UK are advised to limit their coffee drinking to two cups a day during pregnancy. 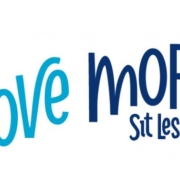 Why we should sit less 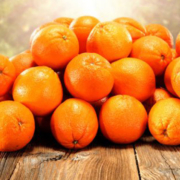 Why oranges are good for you 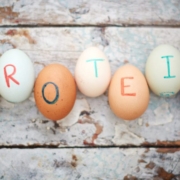 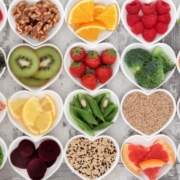 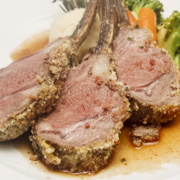 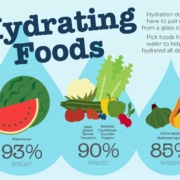 
Learn more
Mindfulness training may help you keep the weight off