Why we should sit less

We all know we need to be more active, but there is increasing evidence that we also need to spend less time sitting down. 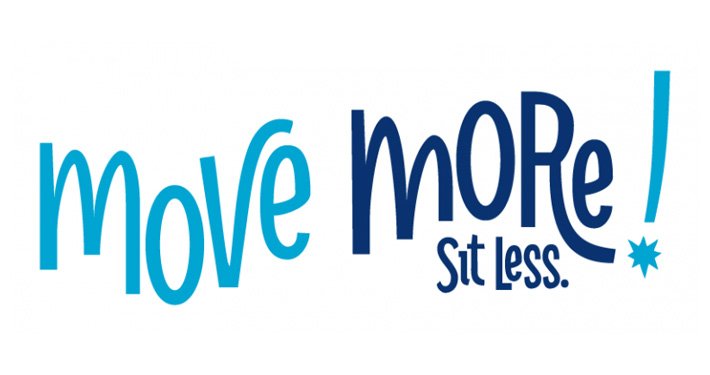 Get tips on reducing sitting time for:

To reduce our risk of ill health from inactivity, we are advised to exercise regularly – at least 150 minutes a week – and reduce sitting time.

Studies have linked excessive sitting with being overweight and obese, type 2 diabetes, some types of cancer, and early death.

Sitting for long periods is thought to slow the metabolism, which affects the body’s ability to regulate blood sugar, blood pressure and break down body fat.

Many adults in the UK spend more than seven hours a day sitting or lying, and this typically increases with age to 10 hours or more.

This includes watching TV, using a computer, reading, doing homework, travelling by car, bus or train but does not include sleeping.

A panel of leading experts (PDF, 964kb), chaired by Professor Stuart Biddle, who reviewed the evidence on sitting for the report recommended taking “an active break from sitting every 30 minutes”.

However, there is currently not enough evidence to set a time limit on how much time people should sit each day.

Nevertheless, some countries – such as Australia, the US and Finland – have made recommendations that children limit screen time, such as TV and video games, to just one to two hours a day.

Recent research has suggested that exercising at least 60 minutes a day can offset the negative effects of sitting too much throughout the day.

The link between illness and sitting first emerged in the 1950s, when researchers found London bus drivers were twice as likely to have heart attacks as their bus conductor colleagues.

There has been an explosion of research on the ills of sitting in the past few years, prompted by our increasingly sedentary lifestyles.

It is thought excessive sitting slows the metabolism – which affects our ability to regulate blood sugar and blood pressure, and metabolise fat – and may cause weaker muscles and bones.

“Essentially, the body is ‘shutting down’ while sitting and there is little muscle activity,” says Professor Biddle.

Research on astronauts in the early 70s found life in zero gravity was linked with accelerated bone and muscle loss and ageing.

“Sitting for an extended period of time is thought to simulate, albeit to a lesser degree, the effects of weightlessness on astronauts,” says Professor Biddle.

Most of the evidence is based on observational studies, which have only shown an association between sitting and ill health but not a direct cause.

“With the current body of evidence, we don’t have a definitive answer to what’s happening,” says Professor David Dunstan of the Baker IDI Heart and Diabetes Institute, Melbourne, Australia. “We’re now expanding on what’s seen in observational research in the lab.”

The research on NASA astronauts suggests that on their return from space, even light walking was effective in overcoming the negative effects of weightlessness.

“Breaking up sitting time engages your muscles and bones, and gives all our bodily functions a boost – a bit like revving a car’s engine,” says Professor Dunstan.

The recommendations to reduce sitting time apply to all age groups.

Under-5s
In children under five, the advice is to limit the time they spend watching TV, travelling by car, bus or train, or being strapped into a buggy.

“There is emerging evidence that sedentary behaviour in the early years is associated with overweight and obesity, as well as lower cognitive development,” says the Start Active, Stay Active report.

While this may be a challenge for busy parents, the advice reflects growing awareness that early life experiences and habits impact upon our health as adults.

“There is a need to establish healthy patterns of behaviour during the early years in order to protect against possible health detriments in the future,” says the report.

Get more activity ideas for under 5s.

For children aged 5 to 18 years, reducing sitting time includes anything that involves moving in and around the home, classroom or community.

Parents could lead by example by also reducing their TV time and other sitting-based tasks.

Adults
Adults aged 19 to 64 are advised to try to sit down less throughout the day, including at work, when travelling and at home.

Get more tips on getting active and staying healthy at work.

Older adults
Some older adults (aged 65 and over) are known to spend 10 hours or more each day sitting or lying down, making them the most sedentary population group.

“It could be partly due to reduced functionality or ill health, but there are also social norms expecting those in later years to ‘slow down’ and rest,” says Professor Biddle. “That’s not helpful.”

Older adults should aim to minimise the time they spend in extended periods of sitting each day.

“Sitting needs breaking up,” says Professor Biddle. “Long periods of TV should be avoided, and you should try to do activities that involve light movement and being ‘on your feet’ as much as possible.

“Do some tasks standing, like having coffee and chats, or even writing a letter – Ernest Hemingway wrote his novels standing.”