Eating mushrooms at breakfast may help you feel fuller

“Starting the day with mushrooms could help you shed pounds from your waistline, new research has found,” the Mail Online reports. 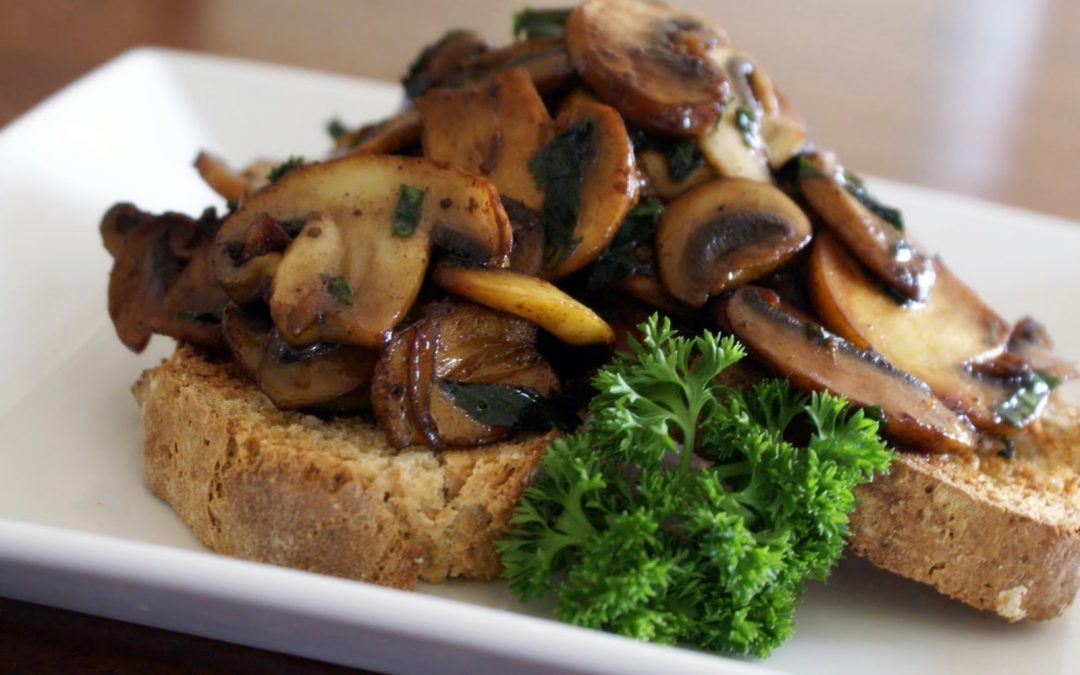 US researchers wanted to see if regularly eating mushrooms for breakfast makes you feel fuller.

Satiety or feeling full can be an important part of a successful weight loss plan, as regular snacking due to hunger pangs can make it harder to stick to a daily calorie allowance.

The researchers carried out a small study in a group of people from a US university. The participants ate either a mushroom sandwich or a minced beef sandwich each day for breakfast for 10 days, then for another 10 days ate the opposite.

Those who ate mushrooms reported feeling fuller in the hour or so afterwards – but this didn’t alter their overall energy intake during the study period.

The researchers give one possible explanation for why people felt fuller after eating mushrooms. Because the protein content of the meals had to be the same, people had to eat a bigger sandwich with a much larger volume of mushrooms to match the amount of protein in the minced beef sandwich.

The study also mentioned that mushrooms are higher in fibre than minced beef and fibre helps you feel more full.

Effects on weight weren’t measured in this short-term study, so claims that mushrooms can help you lose weight are unproven.

The study was conducted by researchers from the University of Minnesota in the US and published in the peer-reviewed journal Appetite.

Interestingly, the study was supported by a grant from the Mushroom Council. The Council is a US organisation funded by mushroom producers; its aims include persuading people to buy and eat mushrooms.

The Mail has taken a bit of a leap saying that new research has found starting the day with mushrooms could help you shed pounds from your waistline – the study didn’t look at weight and found little evidence that eating mushrooms altered overall energy intake.

The website’s reporting that mushrooms make you feel fuller than bacon or sausages is also unsupported. The study didn’t directly compare mushrooms with either food source. It only looked at minced beef sandwiches.

This was a randomised controlled crossover trial which aimed to compare the effects of consuming mushrooms or meat for breakfast, for 10 days each.

In a crossover trial each person acts as their own control as they receive both interventions in random order. This type of trial is often used to increase the sample size.

The researchers carried out this study because it’s been suggested that mushrooms make you feel fuller than meat but this hadn’t been examined in matched studies.

Increasing understanding of the foods that satiate our appetite is one possible approach towards fighting obesity, but there is only so much that a small short-term food study can tell us.

The study included 32 healthy adults recruited via flyers placed on the University of Minnesota campus.

The researchers excluded smokers, people who’d had weight gain or loss of more than 10 pounds in the past three months, those who ate more than three servings of fibre-rich food a day, people who took supplements other than a multivitamin, and people who did vigorous endurance exercise.

The study involved eating mushrooms for breakfast (452 grams each day) for 10 days and meat for 10 days, in either order, with a 10 day break in between.

At the start of each 10-day period the participants attended the test centre. They completed a visual analogue scale (VAS) where they rated between 0 and 10 how hungry they were. A VAS is typically a 10cm line and participants are asked to mark their response on the line (going from left to right).

They were then given a breakfast meal of a sandwich containing either roasted mushrooms or lean beef mince, along with a muffin, egg and two cheese slices.

The mushroom and meat sandwiches were matched for protein and energy content.

The participants completed the VAS 15, 30, 45, 60 and 120 minutes after eating and were also offered a pizza 180 minutes after the start of the session.

They were then given either raw mushrooms or beef mince to take home and eat for a further 10 days. They were also given VAS questionnaires to take home and complete, and asked to complete a food diary of all food and drink on days 2 and 10.

The main finding was that on the VAS people reported feeling less hungry and more full after eating mushrooms than after eating meat, though they didn’t eat any less at lunchtime.

There was, no difference in overall energy intake over each 10 day period.

The researchers suggest: “There may be a benefit to consumers to substitute mushrooms for meat in some meals or replace some of the meat content of meals with mushrooms to increase vegetable and fiber intake as well as protein from sustainable non-animal sources.”

Though of interest, this study doesn’t provide strong evidence that you should eat mushrooms if you want to lose weight.

The study has a number of limitations:

Regular activity and a healthy balanced diet remain the best ways to achieve and maintain a healthy weight. A balanced diet involves eating a variety of foods, not relying on a single food item.